Home / A Gift To Africa Blog
Previous  / Next

Africa, is a massive landform with vast vegetation that spans from Savannah grasslands, to equatorial forests to the deserts of the Sahara.  It is said that the African continent bears  thousands  and thousands of indigenous species of plants that have provided life to the humans and animals of this majestic land for centuries.  Unfortunately, not much has been documented or researched enough to gain knowledge or just world recognition of the benefits or lack of of these crops if we have to  compare with other continents. Lack of written documentation among the Africans, also contributed to this dire situation as much of the knowledge of the health benefits and uses of these crops was passed on orally from generation to generation and thus much of it has been lost.  A sobering observation is also that much of the original vegetation of these indigenous crops has been destroyed over the years to make room for foreign crops to grow for commercial purposes.

Please join my interview with Gus Le Breton (known as the African Plant Hunter) , a Zimbabwean native, who has spent decades studying and preaching about the plight of these indigenous plants found in mostly Southern Africa.

Gus has a You Tube channel with many fascinating videos that deep dive in so many different indigenous plants, their origins, uses, benefits and a lot other factors that you may be fascinated by.  And as I mention in the interview, I spent a couple of weeks bingeing on Gus's video as much as we do with Netflix... so addictive!

I felt compelled to interview Gus because his work is so important in preserving the African heritage and the little that we have left.  You can learn more about Gus here.  Also, should you feel compelled, you can support Gus's work on Patreon - search for the African Plant Hunter.

We couldn't have ended the interview without asking Gus about our favorite ingredient here at A Gift To Africa, the Baobab.  You have got to listen to the story about this majestic tree and why we love the health benefits that it brings to all humans - including our four legged friends.

Enjoy and let us know what you think! Cheers... 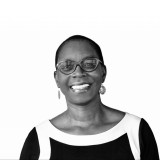 Comments will be approved before showing up.

Also in A Gift To Africa Blog

The Kenya Purple Tea - What is it and What are the Health Benefits?

It is not that easy to find really tasty moringa drinks for detox that are also easy to make. Here we are sharing some tasty detox drink recipes with moringa powder.

Moringa is a natural antidepressant and detoxifying herb. The high protein and high iron content of Moringa leaf powder is absolutely ideal for vegans and vegetarians who often find it difficult to keep level of these vitamins and nutrients at a high level.*

Our Baobab Fruit powder originates from Malawi, a landlocked country in south central Africa - a country that ranks among the world's least developed countries - with women-led households being the worst hit.  As we celebrate International Women Day (March 8) and women’s’ History month (March), we thought it was a good time to introduce you to our fearless partner and a tireless advocate for women empowerment in Malawi to talk about the plight of women in Malawi.

Be the first to know about upcoming sales and promos. Get a 10% discount coupon when you subscribe!